Register for this eventDownload the swim brief 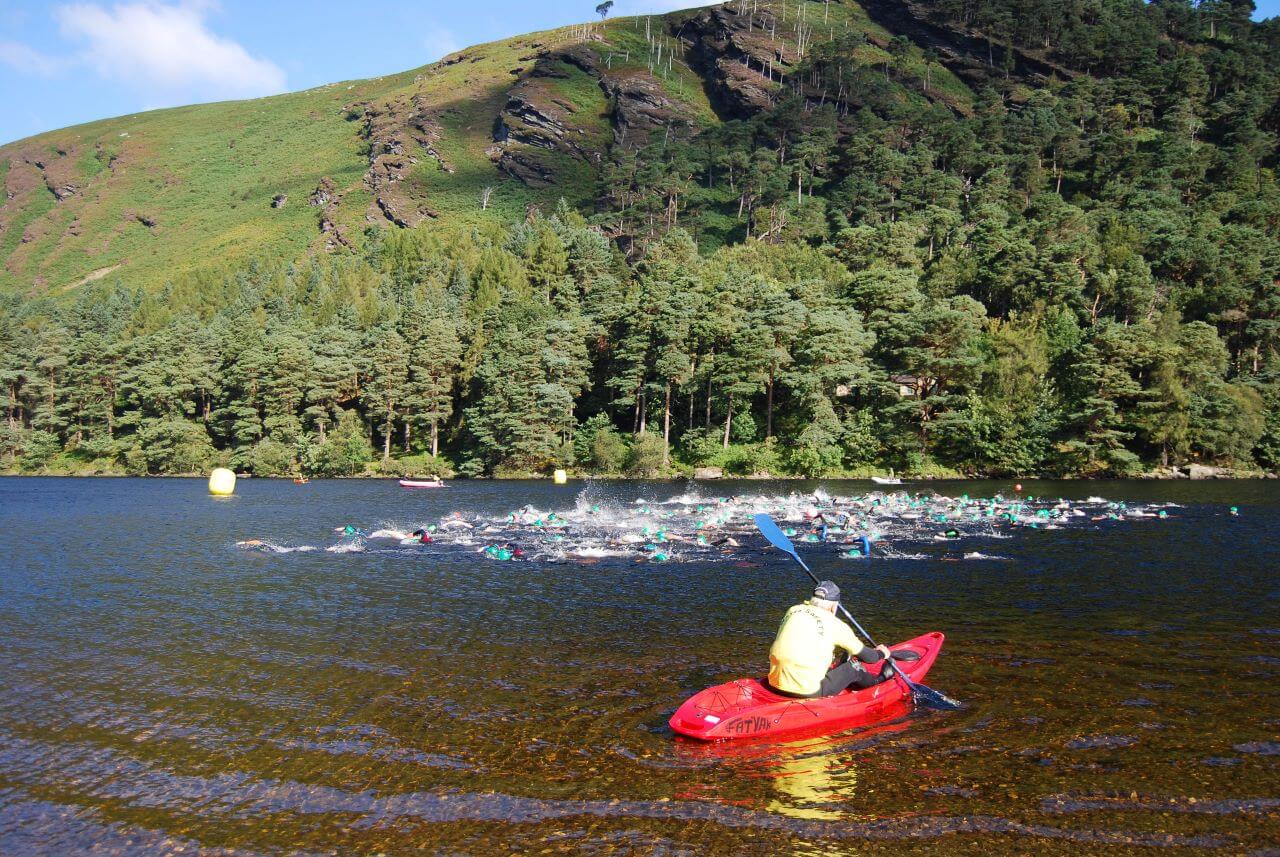 We are a go!! September 4&5 has been given the go ahead. If your entry from 2020 was transferred you are in for this event and all you need do is turn up. We hope to open a few spots for new swimmers so keep an eye on our social for latest.

This full weekend of swimming consists of a 750m and 1.5km swim on Saturday and Sunday has an iron distance 3.9km swim too!

Meaning you will be able to see where you position against other swim from across the world!!

Glendalough (Irish: Gleann Dá Loch, meaning "glen of two lakes"). The combination of stunning scenery and fascinating monastic history makes for an outdoor experience not to be missed.

Glendalough valley was carved out by a glaciers during the ice age which formed the two lakes from which Glendalough gets its name. The upper lake being our venue.

In Irish mythology as with many of our Irish lakes Glendalough has also had an unwanted visitor in the form of a monster which lived in the upper lake. This creature was preying on the local congregation which was growing due to the popularity of Saint Kevin. The feeling among the people was in favour of killing the creature but Saint Kevin, an animal lover, would not let this happen. But,luckily for us, Saint Kevin entreated the creature to move to the lower lake where it lived feeding on the sickness washed from the livestock that were driven through the lakes by the locals.

Spring fed waters, oak lined banks and on the edge of the Wicklow mountains with sprint 750m, Olympic 1.5km, and Iron 3.9km distances to choose from, the Glendalough National Park swim has something for everyone and is without doubt a race not to be missed.

Looking forward to seeing you there!

‍Closing Date: 2nd September (or sooner if sold out)

‍Age Limit:13 years old on the day of the event.

‍Closing Date: 2nd September (or sooner if sold out)

‍Age Limit:13 years old on the day of the event.

‍Swim Registration: Swim Cap and race numbers can be collected between 8am to 9am on the day of the swim .

Please review our Swim Briefing, Tips and FAQs in preparation for the race!

Register for this eventDownload the swim brief